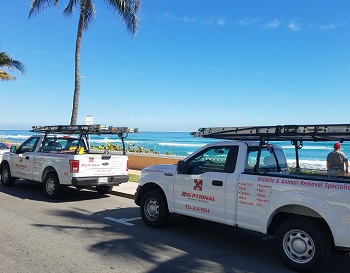 Xceptional Wildlife Control experts can handle all nuisance animals within the State of Florida, except those regulated by Florida Fish and Wildlife Conservation Commission such as bears and turkeys. We handle all other wild animals such as Iguanas, Armadillos, Squirrels, Raccoons, Birds, Bats, Foxes, Coyotes, Rats, Mice and many other nuisance pest found throughout Sweetwater, FL.

Sweetwater Bat Removal is a common service provided throughout Miami-Dade county Florida. Bats become a problem within the Sweetwater area when they form colonies inside attic areas of homes and buildings. Bats are one of the most beneficial animals to the environment of Sweetwater, Florida, however, they are not safe animals to have living inside your home. Bats are rabies vectors and should always be treated as if they are rabid. In addition to the risk of rabies, fecal matter of bats known as bat guano is dangerous to breathe or come into contact with. Bat guano may contain fungal spores (such as Histoplasmosis) that can cause respiratory failure or death. How do bats get in homes you may ask? Bats can get in attics through a variety of small openings or construction gaps. Commonly we see bats in attics, gable-end vents, chimney caps, roof-vents, ridge-caps and/or other small openings. We provide complete solutions to get rid of bats.

Sweetwater Bee Removal is a common service provided by Xceptional Wildlife throughout Miami-Dade County, Florida. If you have a bee hive on your property, it is best to leave it alone and have a Wildlife Technician safely handle the situation.

It is important to properly identify the particular stinging insect living on your property and the problem should not go ignored. Often times bees are confused with wasps and hornets. Call the experienced Pest Control experts at Xceptional Wildlife to handle all your stinging insect problems on your property. We remove Bees, Wasps, Hornets, Nests, Bee Swarms throughout areas of Sweetwater, Florida. 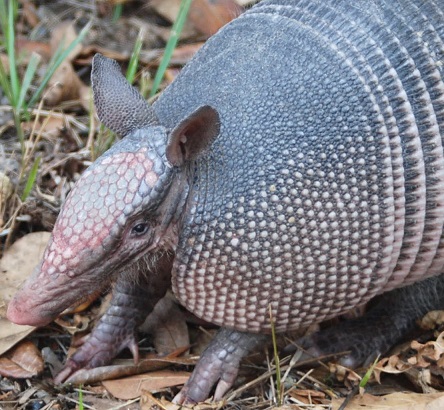 Sweetwater Armadillo Control is a specialized service provided by Xcpetional Wildife Removal throughout South Florida and Sweetwater, Florida. The biggest problem with armadillos are that they dig holes in lawns. These pest can destroy a lawn in a single night. Getting rid of armadillos can be a tricky process, this is why you should have a professional take care of the problem. Armadillos must be trapped in order to get rid of them.

Armadillos are difficult animals to trap, their diet mainly consists of termites, ants, beetles and grubs, and are not attracted to any types of baits. Because bait cannot be used to trap these animals it makes it difficult for the novice to trap. Our Wildlife Control professionals are experts at trapping armadillos. We can help solve all types of Sweetwater Armadillo Problems.

Sweetwater Bird Removal is a common service provided throughout Miami-Dade County, Florida. Birds are one of the most complicated animals we deal with on a consistent basis. There is an abundant amount of technology available to solve a variety of complicated bird problems humanely. Our certified and degreed bird control professionals can assist with determining the most practical solution for your bird problem.

Sweetwater Opossum Removal is a common service provided by Xceptional Wildlife throughout Miami-Dade County, Florida. Opossums are a nuisance pest that often live under porches, sheds, buildings, under other structures and may even been found in attics of homes. These pests are known to forage through garbage cans, eat pets food. They often times carry fleas that may be easily spread to your pets. These nuisance pests are nocturnal so they are not like to be seen during the day. If you discover a opossum on your property, or Xceptional Wildlife Biologist can provide solutions to get rid of these pests.

Often times the best method of getting rid of am opossum is trapping. Opossum trapping should only be handle by an experienced licensed wildlife control operator to ensure trapping is performed according Florida state and local laws. Our Wildlife Biologist possess nuisance wildlife control permits issued by Florida Department Game and Inland Fisheries to all types of Opossum problems for homeowners and businesses of Sweetwater Florida.

Sweetwater Raccoon Removal is a common call we receive throughout Sweetwater, FL. Raccoons can be a major nuisance animal in the Sweetwater area, raccoons can cause many problems for homeowners such as killing chickens, turning over garbage cans, getting into attics, damaging attic insulation are just a few problems that raccoons cause.

Sweetwater Rodent Removal is a service provided by Xceptional Wildlife Removal throughout Sweetwater, FL and surrounding areas. Rodents are among the dirtiest animals in Sweetwater. Rats and Mice can be problematic for homeowners and businesses. They are very prolific breeders that can turn a small rodent problem into a major rodent infestation very quickly. 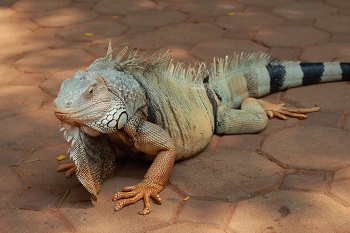 Iguanas are herbivores and often feed on gardens and south Florida's lush landscaping. There are three species of iguanas found in South Florida, the Common Green Iguana, Mexican Spinytail Iguana, abd Black Spinytail Iguana. This non-native species have been found throughout south Florida for decades but over the last several years thier population has steadly increased creating more of a nuisance.

Sweetwater Snake Removal experts provide services throughout Miami-Dade County to remove venomous and nonvenomous snakes. It is common for snakes to make their way in to homes basements, garages and attics. Our experts will remove a snake and provide solutions to prevent reentry of snakes. In addition to snakes in the home, often times homeowner request snakes be removed from the yard. We offer snake control programs to get rid of snakes from your Sweetwater.

Sweetwater Squirrel Removal services are provide by Xceptional Wildlife experts to remove all types of nuisance squirrels including gray squirrels and flying squirrels. Squirrels in an attic is a common problem homeowners of Sweetwater, FL. Commonly, squirrels cause havoc for homeowners by getting into attics, and causing damage to homes insulation, electrical wires, roofs and soffits. Xceptional Wildlife handles all types of squirrel situations on a daily basis. We offer many services to solve all types of squirrel situations.

Wildlife control experts of Sweetwater provide trapping services to remove skunks along with decontamination of skunk odor. Whatever the skunk problem may be our experts offer complete solutions to get rid of skunks and their odor. Call us today to discuss your Sweetwater skunk problem.